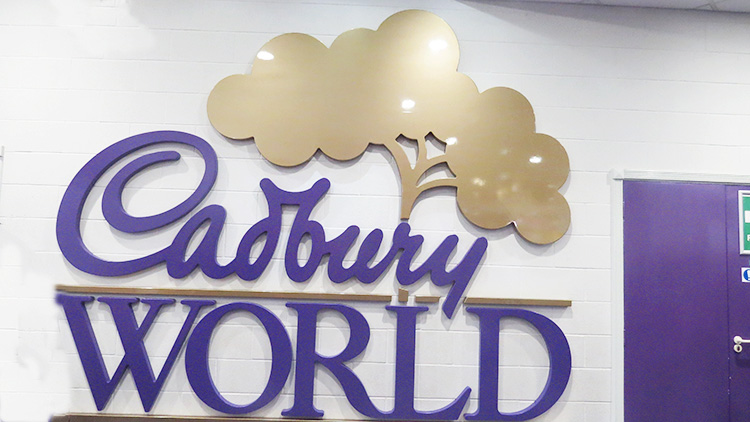 On Sunday we started our Christmas adventure’s by travelling to Cadbury’s World and checking out their Christmas Celebrations Weekend which are also being held on 29th-30th November, 6th-7th, 13th-14th, 20th-21st December. Here is our experience. 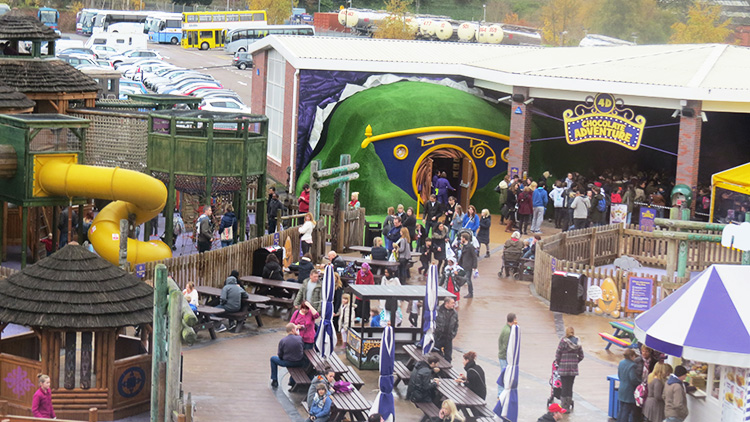 When we arrived we found out we were going to meet the big man of Christmas himself, Santa. We walked to the grotto where there were little robotic reindeer with babies, the boys were awfully excited and told the lovely elf as we were waiting in the queue just how excited we they were. 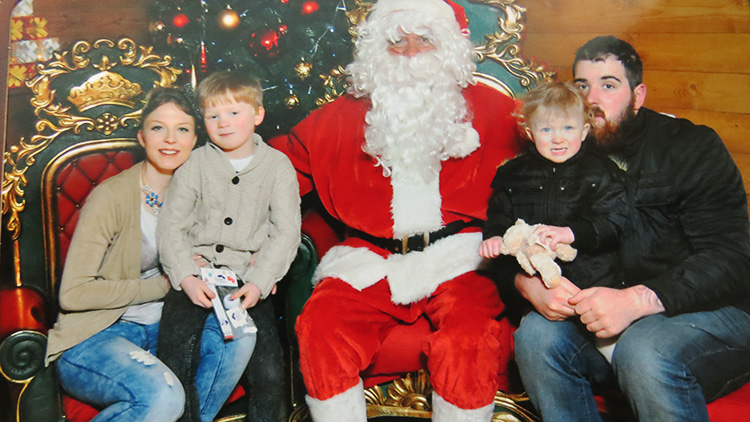 The boys told him the presents they would like for christmas, Ky would like some more skylander’s and Jaden asked nicely for some Ben 10. J then proceeded to tell santa that his nanny (my mum) has Ben 10 for them at her house and that she was a good girl, I think he was ensuring he had given my mum some brownie points for santa, so cute! 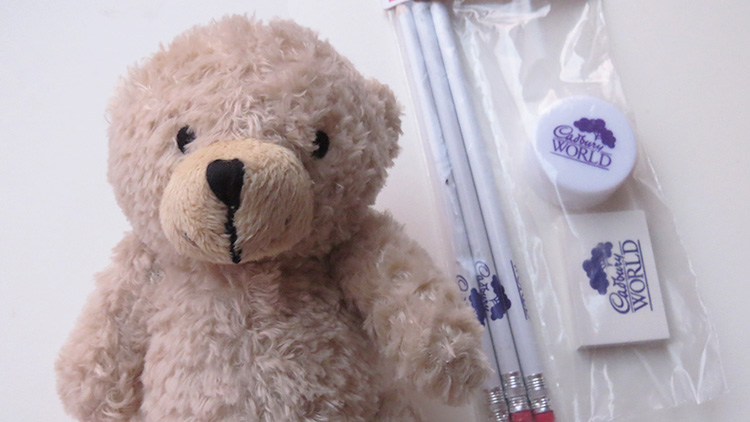 We had a great family photo with him and then the boys were given their gifts, a little teddy for J and stationary for Ky. Both boys were happy with their presents and I think they were greatly suited to them. 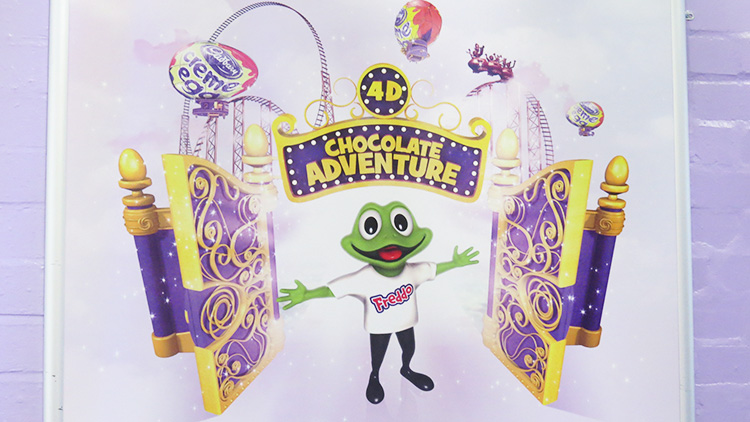 Then it was on to our next activity Cadbury’s 4d chocolate adventure which is a brand new 4d cinema experience. 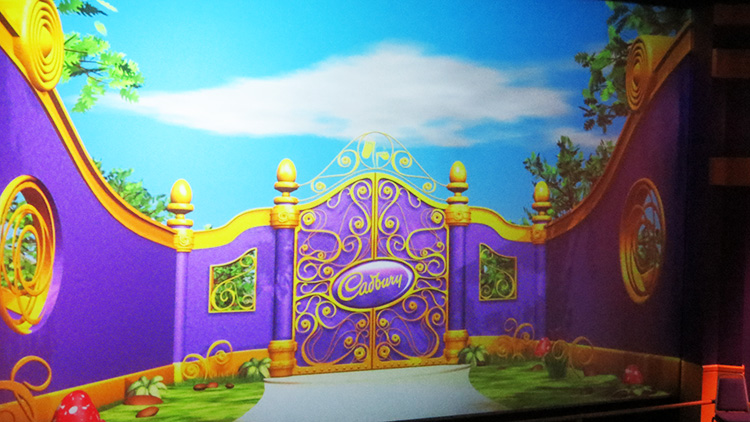 I really loved this, it was a great experience to share with the boys. We were all given 4d glasses and then sat down to wait for the film to start. It was so realistic, we were moved around in our seats, bubbles were blown in the theatre and I even seen a few people in the audience trying to grab things as we went along the ride in the film. 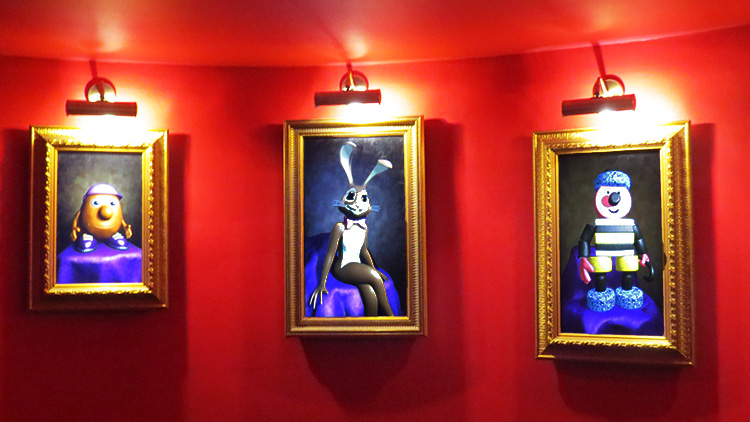 Leaving the cinema the images in the frames talk to you, it was really engaging for the children and I’m not going to lie, I thought it was a bit exciting too. 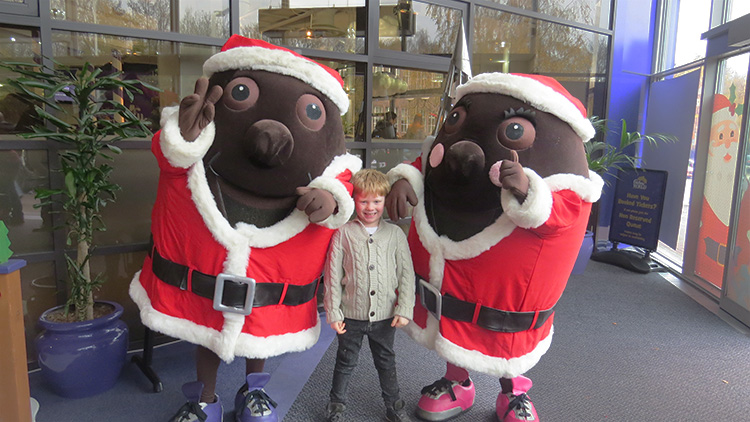 After the 4D experience we were all a little hungry and being offered a lovely brunch at the Cadbury cafe we are headed to there. The feel of the cafe was lovely with big cows clouds and bottle lights there were lots to look at, we chose red onion and tuna sandwiches and a gorgeous hot chocolate with marshmellows. Just before we left onto our next activity we noticed the Christmas cocoa beans outside so we met up with them for a photo, then, oh yes it is, the panto! 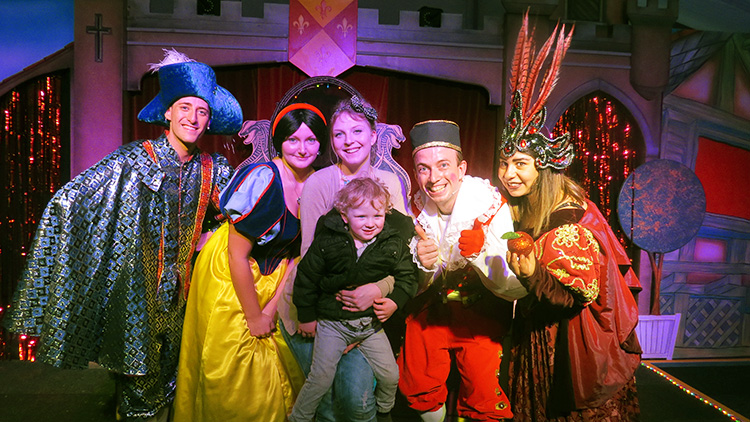 Snow white and the chuckle beans. We boo’ed at the evil queen, yay’ed at snow white and clapped along with the songs being sang. It was great fun and then after the show because we couldn’t photograph the show we were given the chance to meet the fabulous cast to show you.

After all of the fun, games and shows we had watched it was time to go exploring the Cadbury’s factory. 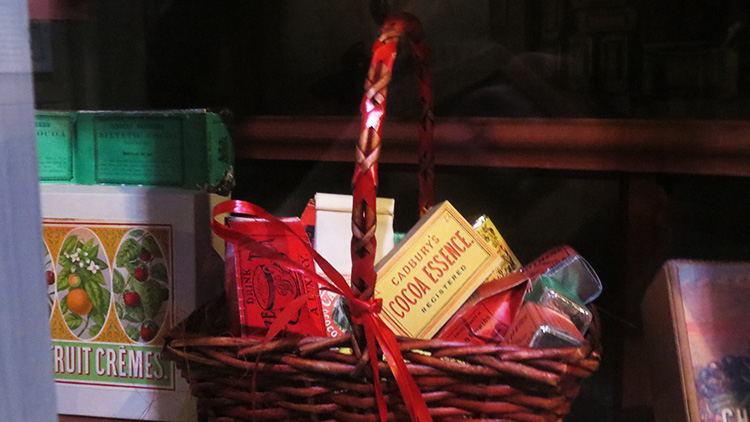 Upon arrival into the Cadbury World tour we were transported to the Aztec Jungle where we seen the cocoa beans being grown, as we walked along we heard how the cocoa bean came into the UK and then eventually  arrived at the history of the first shops. 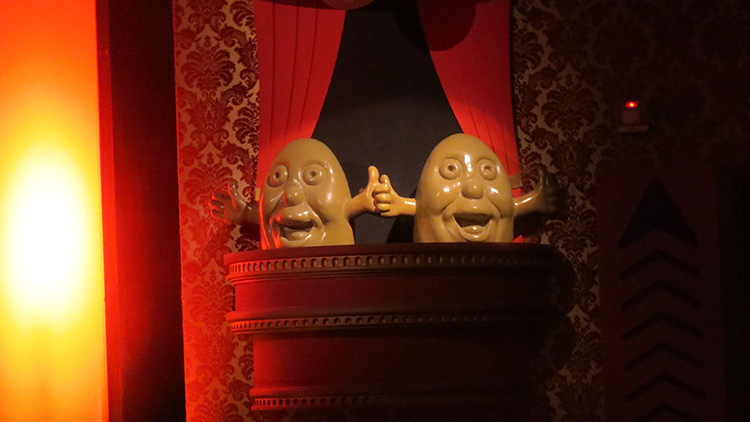 We were then taken to a few theatre cinema shows with the best one being about how chocolate is made, where we were made to feel like the beans, shook. roasted and rolled. It was educational and funny. 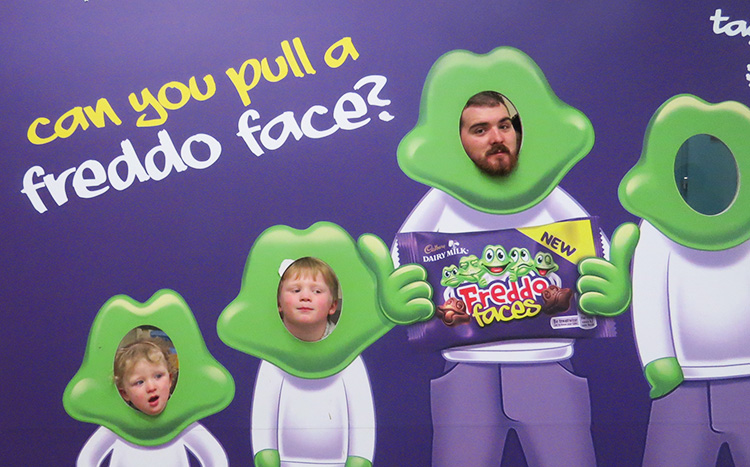 After pulling our Freddo faces we then had a walk around the factory to actually see how they make the chocolate bars, 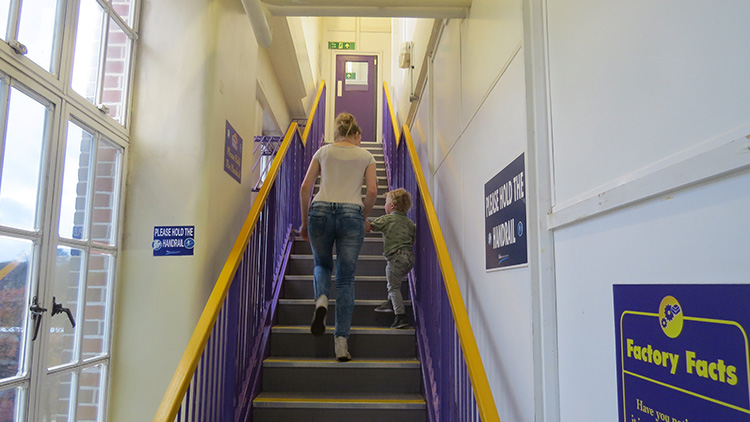 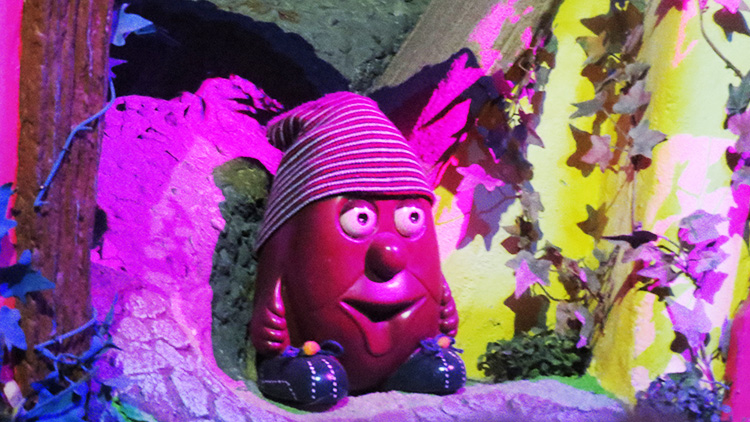 We had a fun ride in the Cadabra, the boys loved how magical it was with all the fairy lights and funny things the cocoa beans were doing. 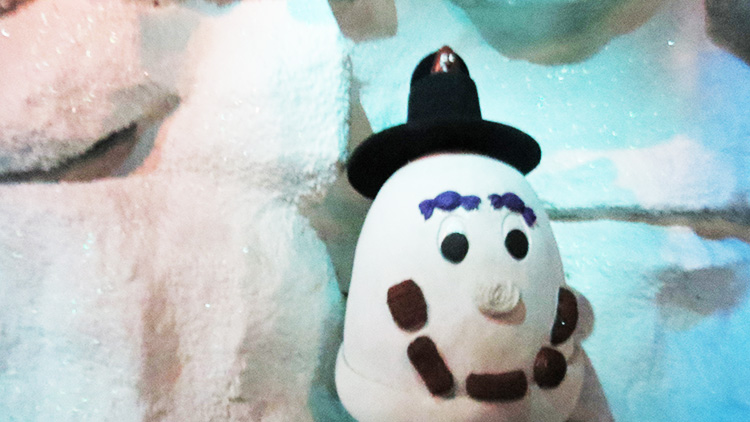 Especially the little bean popping from the snow beans hat. 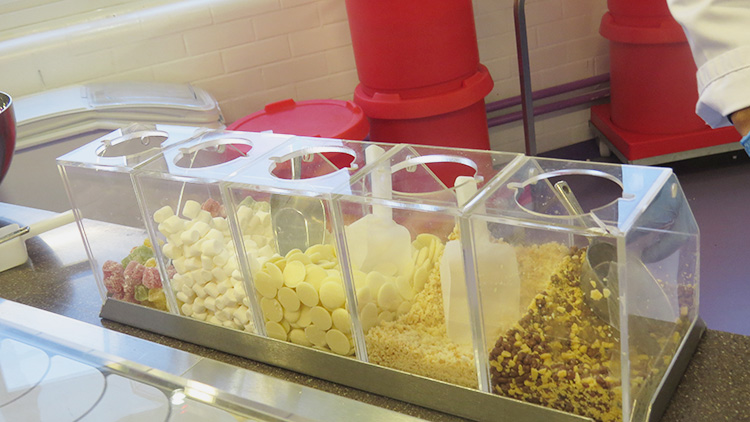 Continueing through the factory we came to where the chocolate is decorated. We were able to choose the toppings for a little cup of melted chocolate, the boys chose jelly beans however I had white chocolate buttons, honey comb crumbs and marsh mellows. 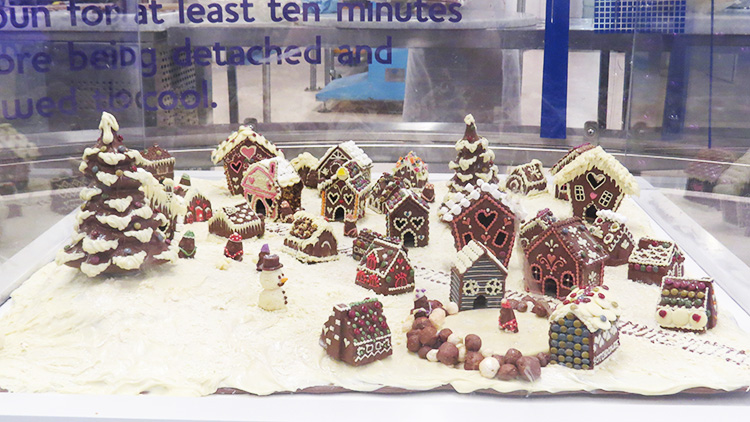 We found this chocolate village on show. Isn’t it just so amazing, even too pretty to eat, however I would give it a good chomp anyway lol.

The writing is all hand done, How fabulous, I watched this lady doing these teapots for a little while and she was so great, I would love to have such a steady hand with writing with chocolate, and doesn’t it just give it that extra special touch. 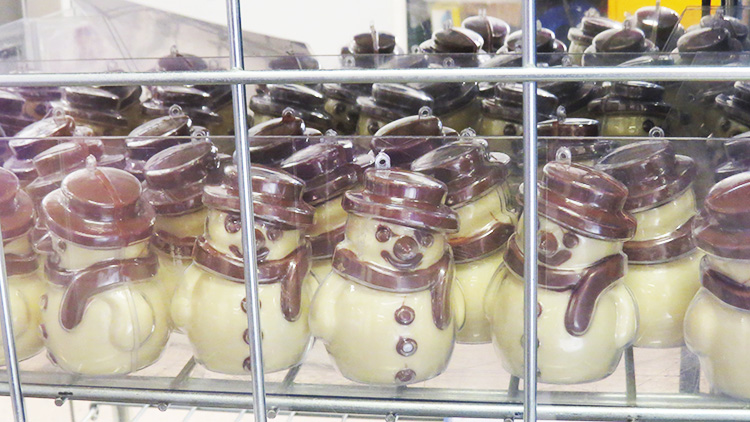 I loved these little packaged snowmen and how cute do they look all stacked together like a little mothers meeting. 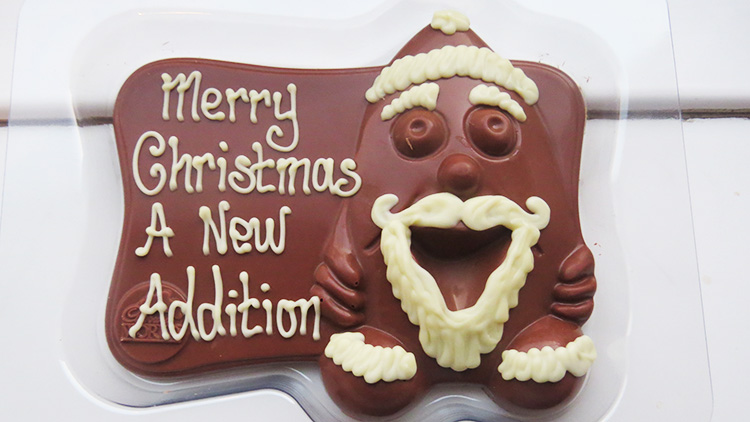 We were given this gorgeous little personalised chocolate bean plaque, such a thoughtful gift and a great end to a really fantastic and memorable day. 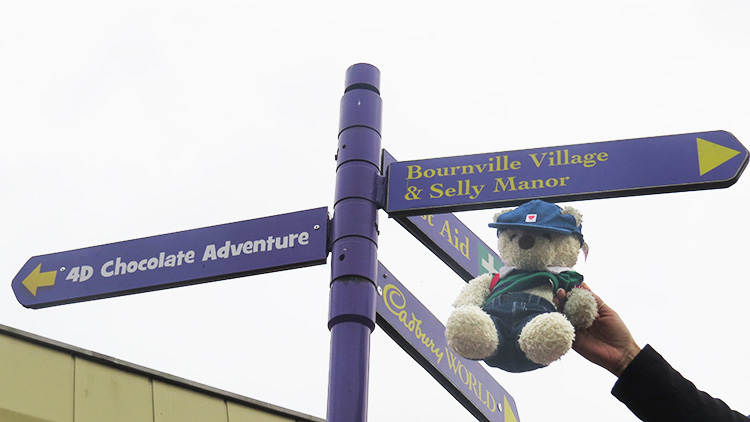 A big thank you to Cadbury’s world for inviting us, we had such a fantastic time. Have a great family photo of us and Santa that is ready to be hung up on 1st December, we have some really yummy chocolate we have started consuming and the boys have special presents from Santa they are loving and even better in Ky’s eye’s is we took his class teddy bear along on the whole adventure. 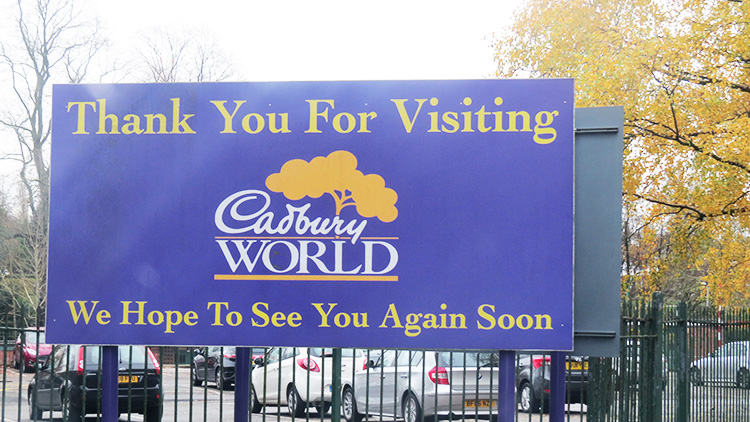