Recently I was invited to take my family to visit The Magical Christmas at Drayton Manor(Thomas Land) in Tamworth. And after having been before and it been spectacular Christmas at Thomas Land so I have to say I jumped at the idea of having new memories and so jumped at the chance to share the journey with you all. I decided I would try and do something different in this post. Explain our day as much as I can remember and then show the memories I have captured forever in photo form.

I was very grateful that on this particular adventure it was A that was driving and not me, driving always seems to frazzle me out and I loved that I would be able to join in more rather than preserving the energy that I have so I’m pumped to drive home… snore!  so on the 18th November A came to pick us up and we all ventured to Drayton Manor.

As soon as we arrived there were already people excitedly waiting to get inside and we joined them.

Thomas land is something magical always, but at Christmas it is just even more special. There are so many amazing points that make this day so special, and it’s jammed packed with reasons to go.

Ky particularly loves the aeroplane ride that allows you to choose how high or low you go whilst participating in the ride, both him and his brother went on it numerous times repeatedly and the smiles on their faces were enormous.

Because this was a press day we were also given complimentary (festive) food. This was in the form of a delicious turkey, cranberry and stuffing triangle, or egg mayonnaise sandwiches. A choice of two crafty activities were offered to the children too. Both of mine decided to do a rainbow print picture. Unfortunately when I went to collect these later on in the day, the cafe had shut. Boo, hiss, boo.

Next to the cafe is the 4D cinema which they were playing a Christmas Ice Age. Both of the boys took photos on the huge throne in the queuing part of the cinema. We all loved the film, especially how much more fun the experience is made by playing with your senses of sound, touch and movement. The timing of the film is reasonable too, we didn’t get bored and felt like kit ended at the perfect time to continue our ventures of the park.

We were given tickets* that meant a Santa visit had been arranged for both of the boys. Santa has a great build up to his entrance with elves and decoration all around. The surroundings of where Santa is has elves with a great big dragon in and Santa in all sorts of scenarios like with aliens or with pirates etc, it means that the boys were kept amused whilst in the waiting line. When it was their turn, Santa was waiting on his Throne. The boys told him what they wanted and he handed them a gift back with a chocolate lolly and a Drayton manor Christmas book in. Santa was a great sport and even took a selfie with me. When you come out there’s a big dragon with elf people doing face painting and colouring activities etc, and a big Christmas themed shop.

After Santa we decided to explore around the grounds. We walked around the Dino park, let the boys free to let off some steam in the park and then took a lovely train ride back so that we arrived in time for the parade to start. The parade is fabulous, involving everyone in the surrounding areas, walking to different parts of the park with different characters and songs until eventually it has the most magical ending of a firework display.

The way the grounds were decorated really truly were magical, with twinkling lights everywhere, Christmas and magic is definitely taking into consideration throughout the whole Magical Christmas grounds. The arcade games had hidden Christmas gnomes, even Thomas himself was dressed to impress for Christmas. There are plenty of photo opportunities throughout the day, from The Fat Controller to there being props set up in the grounds like the Christmas sack, and there was a similar Christmas pudding too.  The snow that arrives in the performance makes me feel ALL off the Christmas emotion. Even the mad dash to the car park before the crowds are queuing to get out was amazing with the dark night and the all the dazzling decoration. Drayton’s Magical Christmas is a fabulous place to make special amazing memories with your family.

Here are some of our photos: 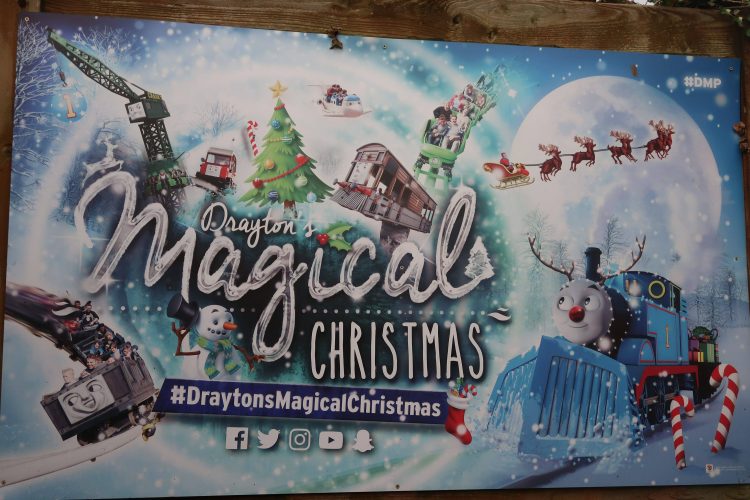 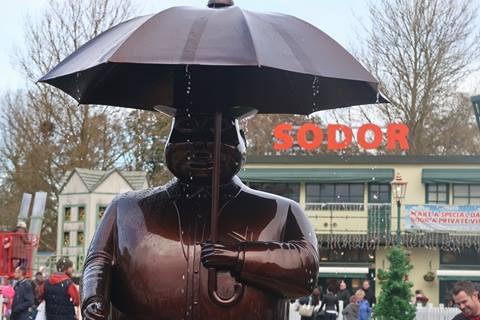 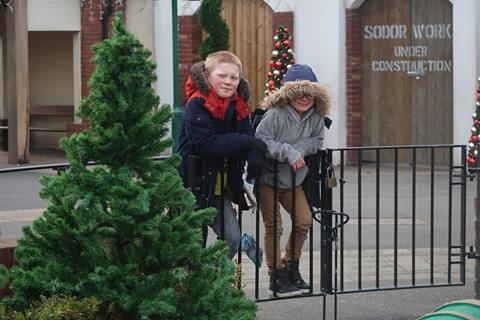 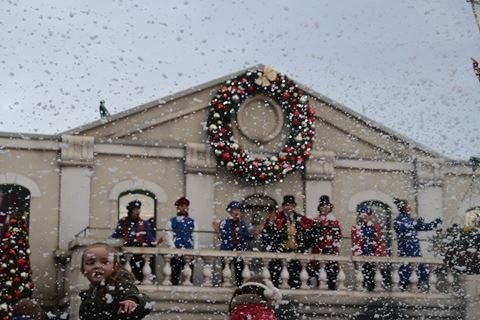 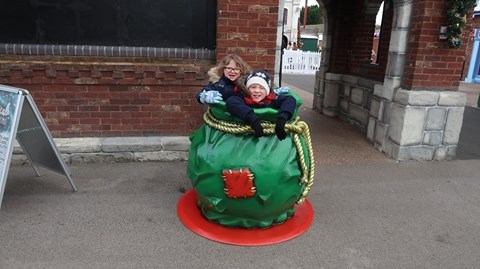 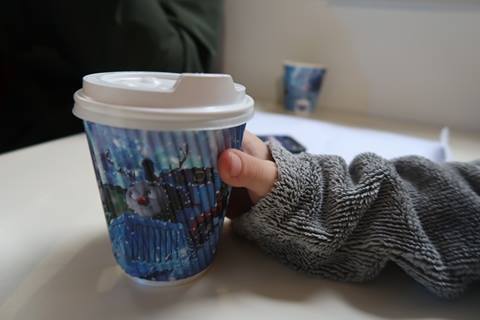 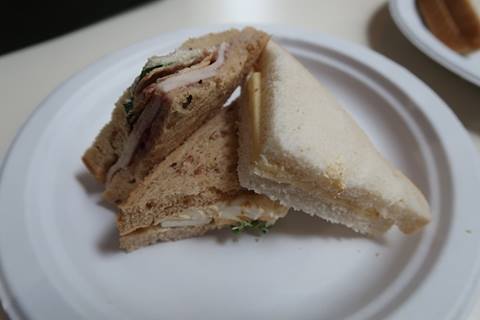 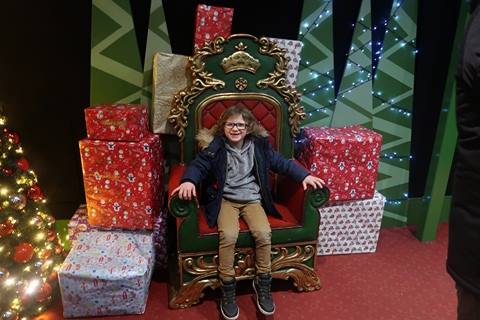 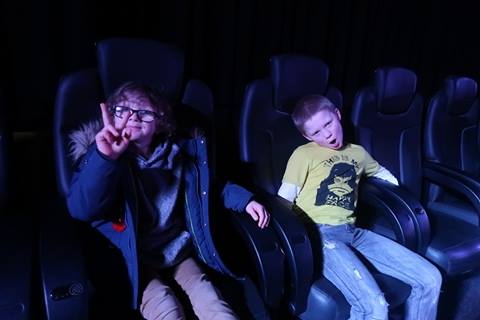 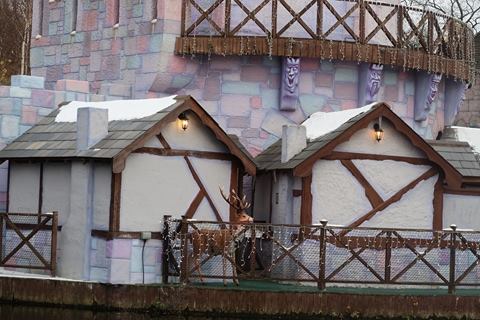 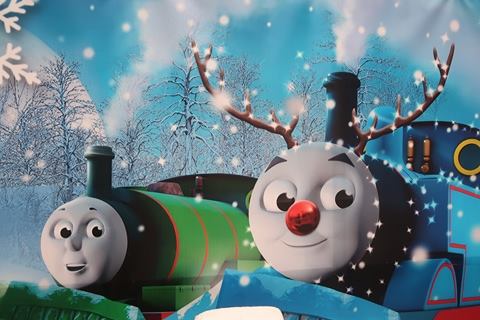 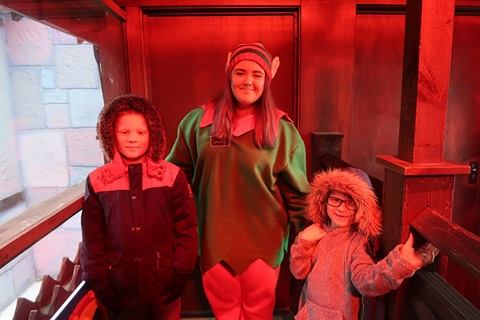 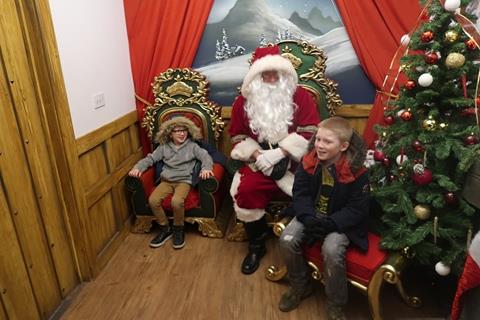 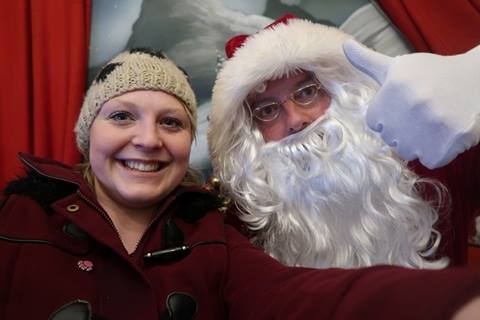 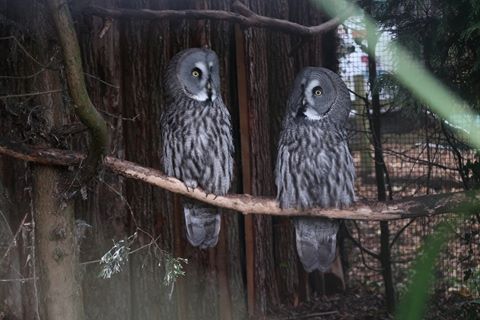 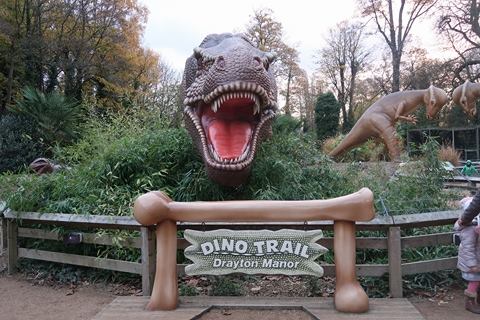 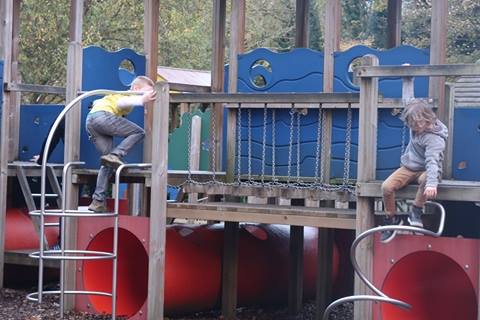 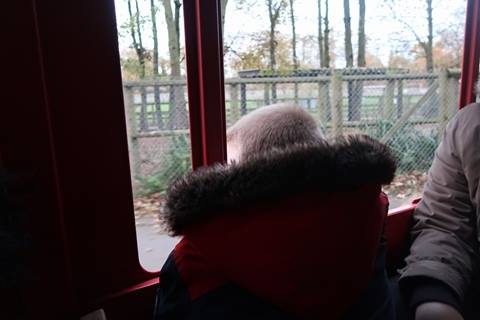 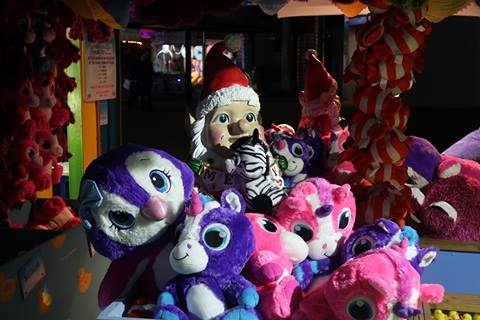 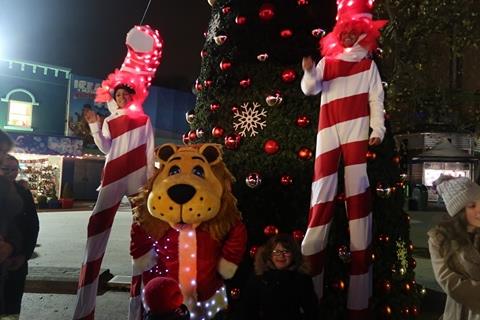 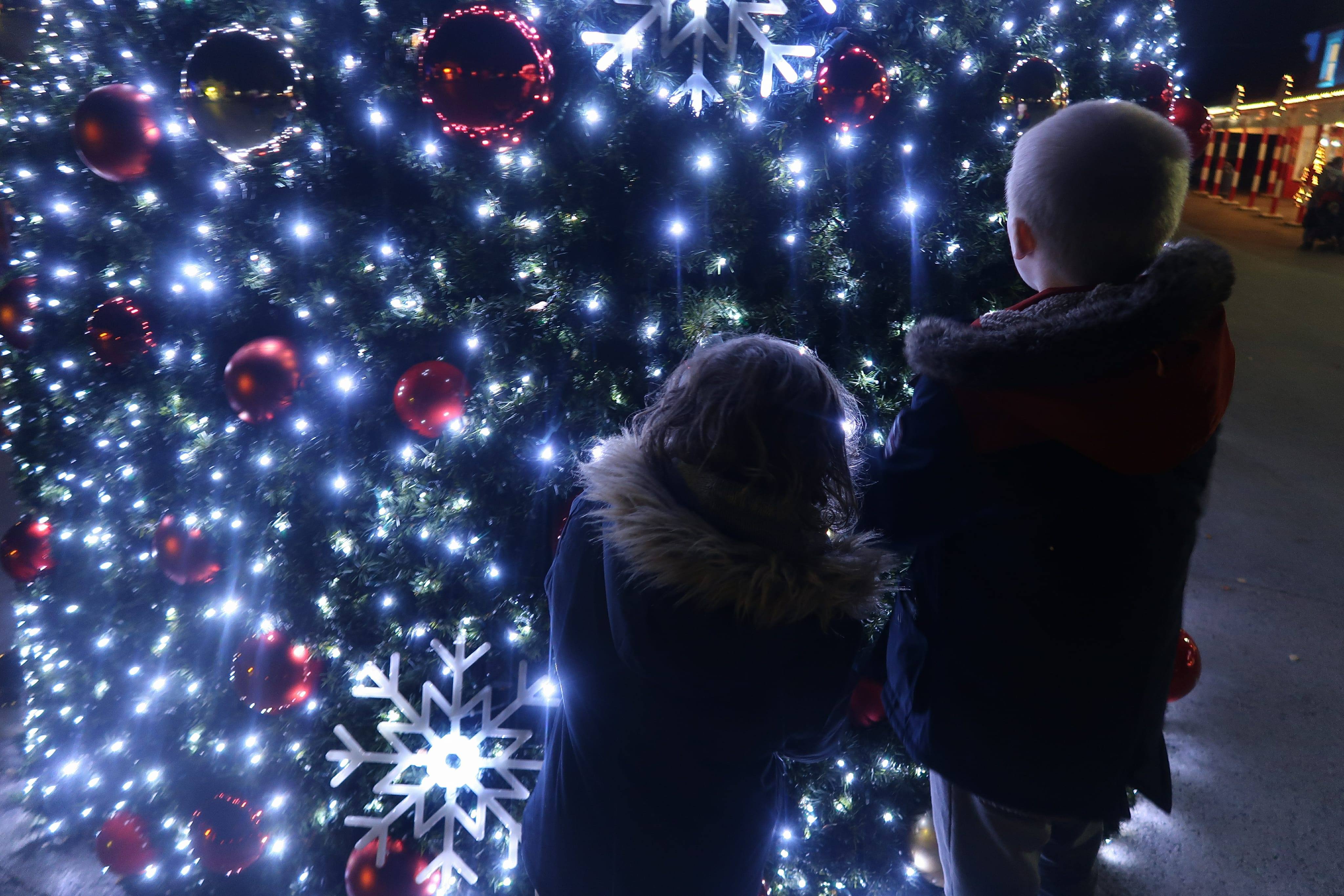 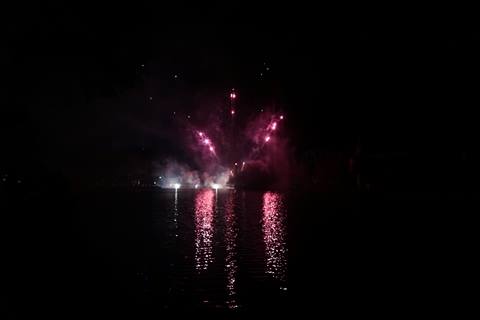 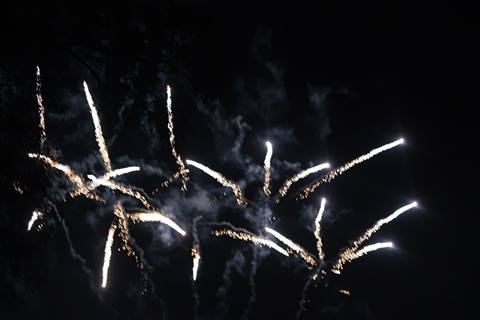 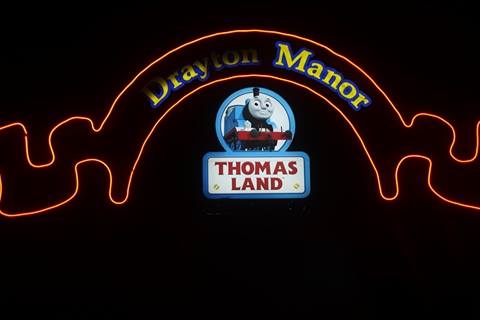 *We were given tickets to this event for the purpose of this post. All views and opinions are my own. All photos are property of Hannah Clementson.