Today was a day packed full of Adventure. The boys have played bowling with their uncle, I took my niece and I into our first car wash machine and this was all leading up the the big Finale of seeing Awful Auntie at The Belgrade tonight.

As we were preparing to go, Ky (big boy 10) vomits, all over the carpet. He immediately starts telling me how much better he felt, and despite his dad and I talking of how he shouldn’t go and how we would’ve kept him off school. Ky’s love for David Walliam’s and his excitement for the theatre meant we gave into his cute face and armed with a bottle of water and his little brother we set on our Merry Way for the Belgrade.

The drive there was hilarious Kylan singing along to my CD in the front. We parked up and with a quick walk to the theatre we were kindly greeted from Heather who handed me our tickets and a guide book for the night.

It was the first show tonight (20th February) and will continue until the 24th February. Awful Auntie follows the story of young Stella Saxby, who finds herself separated from her parents under suspicious circumstances while heading out on a visit to London. After somehow losing consciousness en route, Stella wakes up three months later under the care of her Aunt Alberta – the only person who can tell her what has happened.

But can Stella really trust Alberta or her watchful pet owl Wagner? With no one else to turn to for answers, Stella soon discovers she’s in a fight for her life against her very own awful Auntie! Featuring a very large owl, a very small ghost and a really awful Auntie, this laugh-out- loud funny story of fights, frights and friendship promises to be a hoot for all the family, ideal for kids and grown-ups aged five and over.

The play started and the noise of laughter was around us, Children giggling really is the best sound. The word ‘DEAD’ seemed to really encourage fits of laughter. The minds of the little people! We thoroughly enjoyed the first half, but as I watched Ky I could see him getting more and more tired, trying to force himself to continue for his love of his favourite Author. Luckily it wasn’t long after realising that he wasn’t going to make it through that the interval came. He was so sad to have to leave early but really enjoyed what he could see and J was more than happy to just be out at the theatre having fun, and was eager to get his poorly bro home and into bed!. 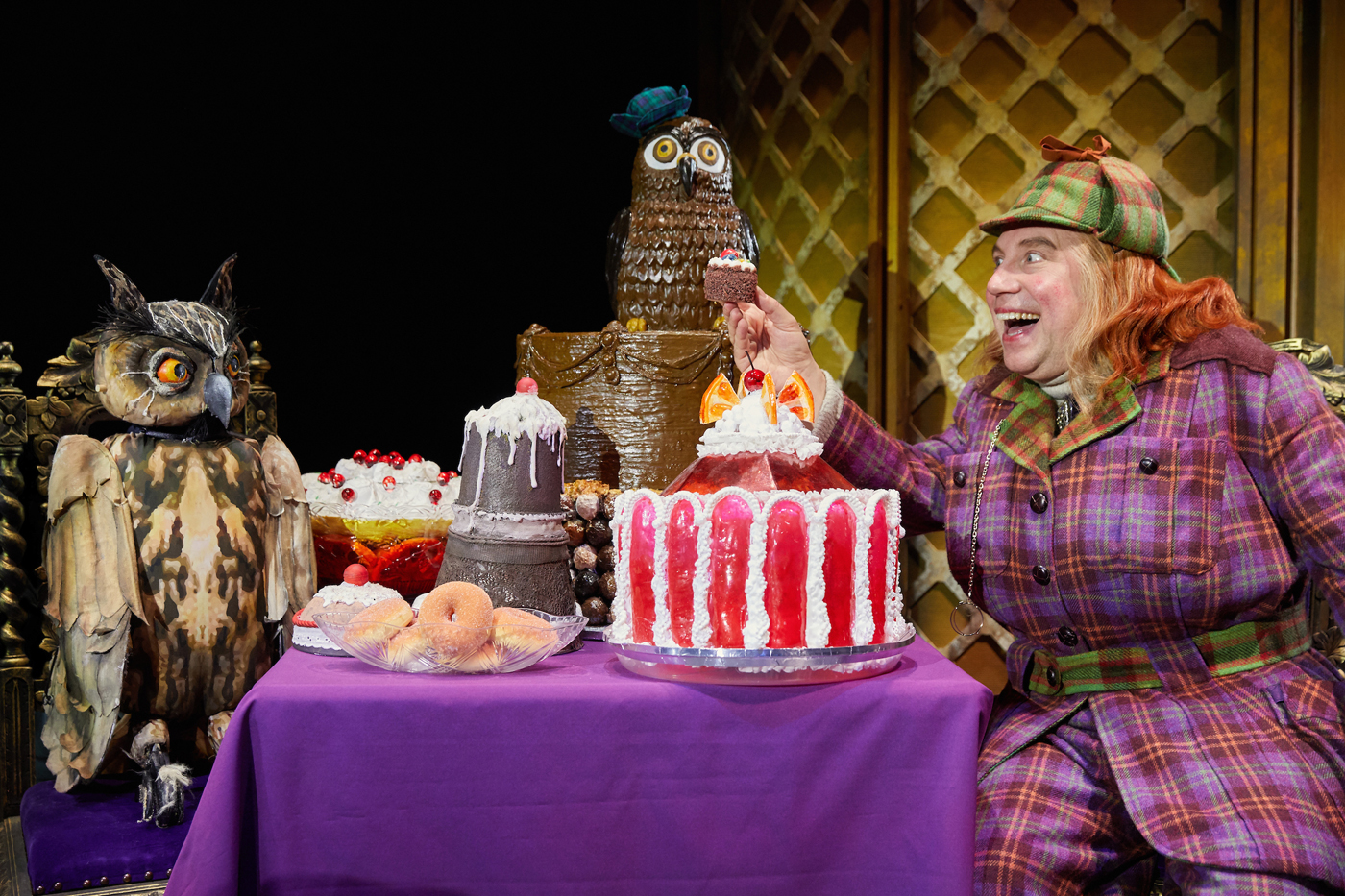 The joys of David being his favourite author is that he now intends on reading Awful Auntie again. And I intend on getting myself a pet owl and I insist on it being called Wagner.

To find out more visit: The Belgrade theatre – Awful Auntie

Did you go to the show tonight? If so I would love to know what you thought too (And did we miss any BEST bits!?!?