You tend to find that the things you liked as a child you then enjoy more as a parent. Finding out The Worst witch could still be watched on the TV was one of these parenting joys. I loved the worst witch as a child, forever clumsy and yet forever the hero. So imagine my glee when The Belgrade got in touch to share that The Worst Witch theatre show was coming to Coventry.*.

Long before Harry Potter there was Mildred Hubble. An ordinary girl who found herself in an extraordinary place: a school for witches. Now in her final year, accident prone Mildred and her fellow pupils are about to embark on their biggest and most important adventure yet…

Jealous Ethel Hallow is always out to spoil Mildred’s fun. Miss Hardbroom is opposed to all fun in general. And just as Mildred sparks some inevitable mayhem certain to upset them both, an old enemy returns with a plan for revenge that could threaten not just the Academy, but the whole world. 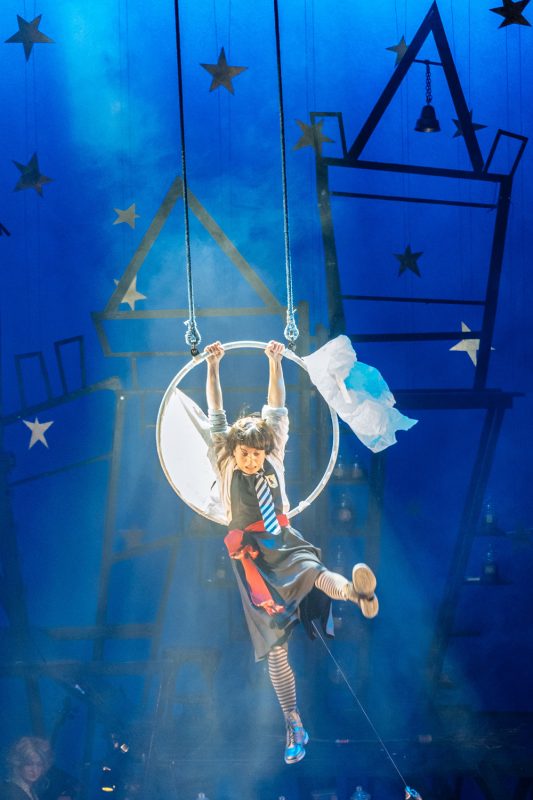 The boys were fascinated by how strong the actresses were in a few of the acts. They have decided that they are all gymnasts. I took my two lovely boys with me. Of course both had been prepped previously about Mildred and were excited to come. We parked up and went in. Ky took his ear defenders in just incase and I am pleased he did as although he enjoyed the show there were lots of loud bangs and screaming. Of course, that along with the singing was J’s favourite bits! We were given our tickets and I explained about Ky’s Tourette’s. The staff were helpful and accommodating and his tics eased as the show started. 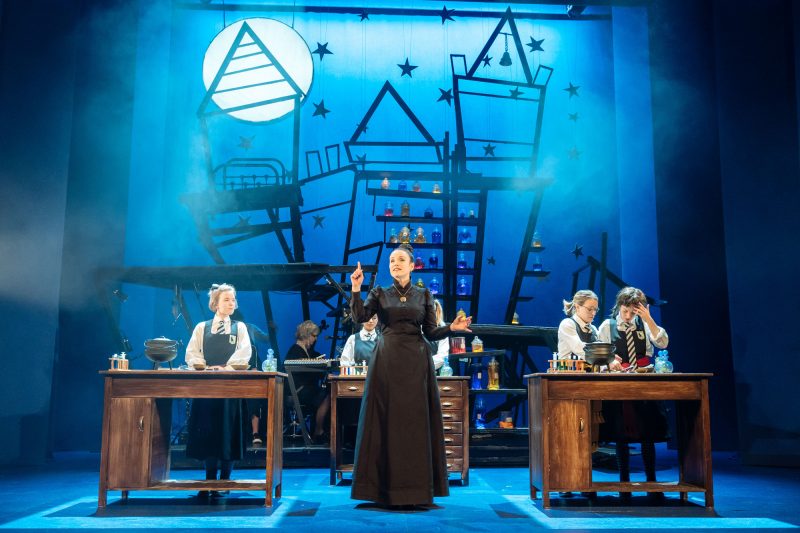 We loved the show it kept us interested and amused, And during the interval I treated us all to a yummy ice cream. The theatre really is such a fun, lovely family outing. 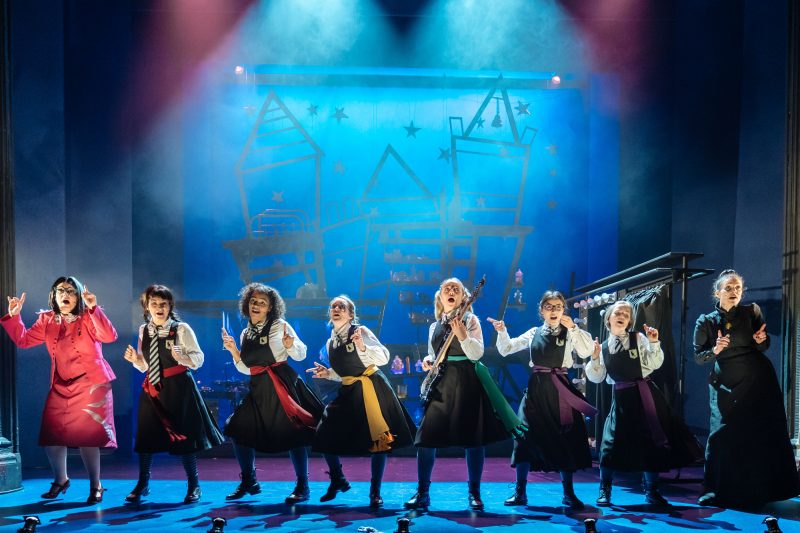 I don’t really want to give too much away but the scene with the Cackle Sisters was my absolute favourite, not only was it well thought out and entertaining. It was also really clever and skill full. Throughout the whole show there were little extras, even at the beginning and in the intervals there were actresses in the stands and little skits being carried out. 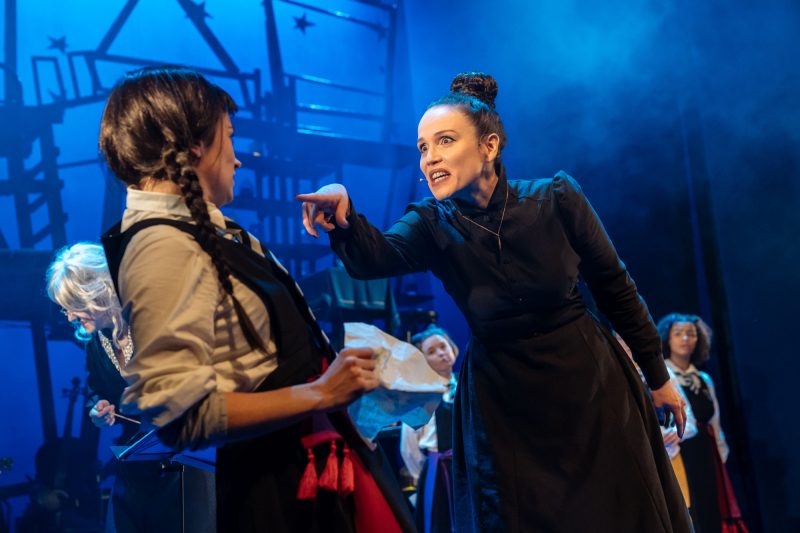 To summarise, the boys had a magical time. The staff were accommodating and the show was fantastic. The boys said they would score it 9/10. The show involved the audience. It gave light to the people that are different, that we all have some magic in us. In fact I would even say a little empowering in some parts. The singing was pleasant as well as fun. There were definitely a few children dancing and we even had a moment of boos!

If you are wondering what to do in the last few days of the holidays I would definitely recommend you booking.

Little tip, if you park in the carpark near the theatre you don’t need to line up to pay for your parking ticket. The ticket machine on the way out actually has the function so you can pay. A lady on the way out told me this as she could see Ky was getting a bit flustered, I was so grateful to find this out so figured it would be selfish not to share!

*We were given complimentary tickets for show