Are you Looking for something fun to do during the easter holiday?? Well the UK’s largest gaming festival is now less than a Fortnite away. At the end of this post I will give you the chance to win 4 tickets! Taking the NEC by storm, Insomnia64 will be bringing 50,000 gaming fanatics to Birmingham, for four days of non-stop gaming over the Easter weekend. Festival-goers will have the chance to meet their gaming idols; test drive the latest e-games and VR tech; take part in the world’s largest LAN party; and enjoy major throwbacks to old-school favourites. The biggest and best show yet, Insomnia64 will be the festival for everyone from noobs to pros. 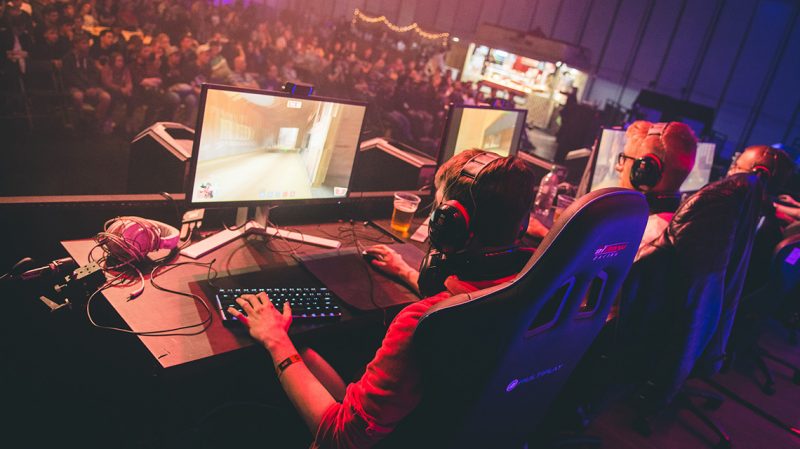 Festival-goers will have the chance to meet their gaming idols; test drive the latest e-games and VR tech; take part in the world’s largest LAN party; and enjoy major throwbacks to old-school favourites. The biggest and best show yet, Insomnia64 will be the festival for everyone from noobs to pros.

Featuring an extensive range of themed zones, including the biggest BYOC party with over 2,000 participants, this is one not to be missed. What’s more, if you fancy yourself as a bit of a pro, you can put your talents to the test, in the Arenas. These Esports tournaments have cash-prizes of up to £12,000, with players battling it out to be crowned champions of some of the most popular video games, including Rocket League and Overwatch. One of the most hotly anticipated tournaments is set to be the 100 seater Apex Legends and Fornite tournament.

If you prefer the nostalgia of days of yore, the Retro Zone is set to be a major player in the action-packed festival. Bringing a blast from the past, it will take attendees on a trip down the memory lane with some of the most widely-loved childhood gems like PacMan, Tetris, and Donkey Kong making a comeback. 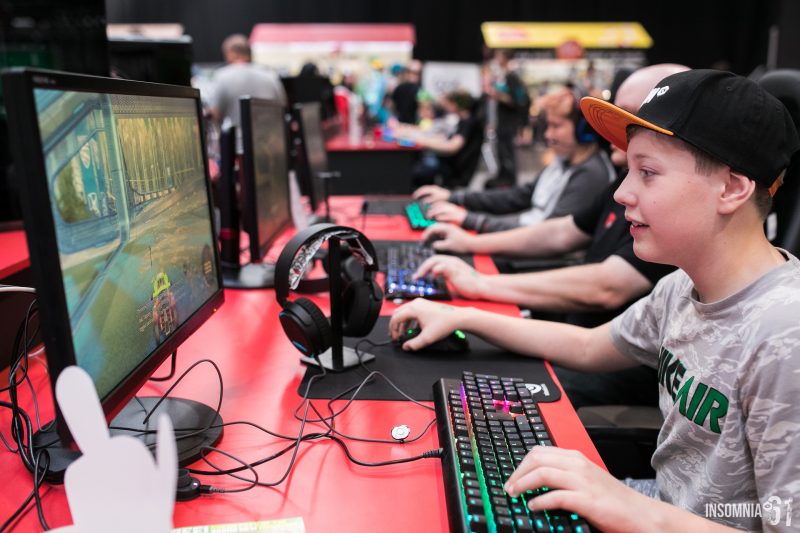 On the other end of the scale, the high-tech VR Zone is also back by popular demand, offering players to experience the latest mind-blowing advances in the gaming industry, which will teleport them from reality and into the next dimension. Other zones include the Indie Zone, showcasing the games of the future currently under development by independent studios; as well as the Table Top Zone, giving guests the chance to come together and unleash the competition away from the screens.

For those looking to star-gaze, gamers can look forward to seeing their favourite characters come to life and battle it out at the Cosplay Championship. If you’re looking to get involved, you will also have the chance to stand up to the pros at the Community Masquerade, putting your best character foot forward in hopes of being crowned the Cosplay champion.

Festival goers will also have the chance to meet some of the biggest names in YouTube, Twitch, and Steam. Those in attendance include SeaPeekAY, Syndicate, ImAlexx, Jelly, LD Shadowlady, WillNE and Pyrocynical, who will be joining in the gaming extravaganza, taking selfies and swapping top tips.

I am working with Insomnia to offer 4 tickets for the Monday at the NEC Birmingham for 1 lucky winner.

To be in with your chance to win, enter below:

For more information about what is in store for Insomnia, head to the website at insomniagamingfestival.com. Tickets can be purchased from insomnia.seetickets.com/tour/insomnia and include options for BYOC tickets and weekend or day tickets.

*I was gifted 3 tickets to Insomnia for the boys and I. No payment was received.