Last night I welcomed the New year in with style. With the first just my own family New Year we have ever had, I woke up in the morning and decided YES! I was going to make this New year the best party we have had. No Alcohol. Just love.

I took the boys to the shops and thinking about what we needed for the party was actually making me stress, and so I decided I had to little creative boys with me that with free reign could make the night awesome. And so I gave myself a yes moment, I quietened my mind and opened my ears and listened to all the can haves!

This enabled me to come out with things like smiley face balloons, party hats and some weird gummy food like sweet sushi, an emoji face and sweet pizzas and even some brownies to bake. (and freaking silly string that cause a tablet catastrophe as you’ll find out!)

We set off home and as soon as I set one foot down inside of my house the boys wanted the party to start. First to be opened was the party hats, and I must admit, these hats really set the tone for a fun night, especially as even BatDad.

The boys had American pulled pork and sweet chilli wraps for dinner with chips. I got myself dressed up all nice in a velvet glittery top, I did my make up and my hair and when Ky asked why I was getting ready, I said I was going to a New years Eve party with the most important people in the world, and I really was.

We played musical statues. We played copy the music video dancers, which was absolutely hilarious and had us all crying with laughter! BatDad was the DJ and I was the hostess with the mostest, all whilst wearing our party hats and nipping to the table of treats for a nibble of some sweeties. It really was the most glorious night!

J fell asleep on the sofa snuggled in my Duvet on the sofa as I promised to wake him at midnight for the silly string shoot out.  At 5 to midnight I turned on the BBC fireworks and watched Big Ben strike 12. 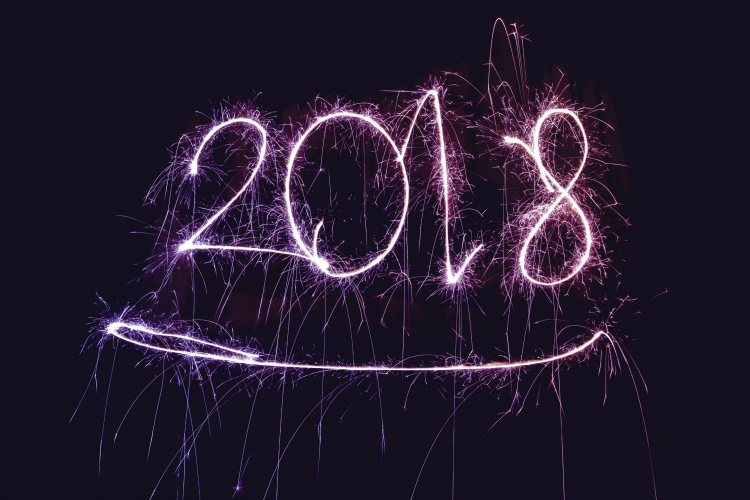 He then went into the house as I swept up the street and played his first FIFA game of the New Year before hugging us and snuggling himself into bed, we were soon to follow.

This brings me into the glorious day that is the 1st January 2018.

I woke up to my alarm at 7.30, I turn it off, take J to the toilet, and then he snuggles himself in for some Minecraft and chill and a bowl and cereal and we then we all sleep until 12. That is when my day kicks off. The boys and I get ready for a shopping trip and I cannot find my car keys. BatDad offers for me to drive his and without hesitationI agree and off we go. I decided that my word for this year is

CONQUER
to overcome and take control of .

And that is definitely how I want to feel about my life and my mindset this year!

I bought a few things, spent literally pennies on some Christmas bargains, a cookie mix and J managed to persuade me to buy some more Silly String!!

We were home literally minutes before we set off again to visit my parents, so my eldest could do his responsibility of being the first footer and taking in a piece of coal. I could go in my own car this time as BatDad had find my keys! I was so thankful and his car is seriously lacking fuel and I had tried to take it to a petrol station previously in the day where both me and a man from the station failed to open the fuel cap!

I happily watched feeling the freedom of no longer feeling the hold on superstitions as my son carried out his duty, which he loves. And then I watched Mrs Brown boys Christmas with my Dad whilst the boys baked with Nana and then we set back off for home with me gracing the boys ears with my singing of Meatloaf.

We arrived home to Roast Dinner cooking, being at home for a few minutes and being able to drop the shopping off did have its benefits. J asked to play with the silly string and I thought I would play with him by surprising him. The silly string was in a bag next to me and so I pulled it out shook it and sprayed it at him. He laughed so much! And then he realised he was holding his new Christmas tablet, which he had now dropped, and smashed. He was heartbroken. And I was devastated with how bad our fun had turned, I immediately took it to the shops near me but they explained that as it was an older version it would be too expensive to fix. Talk about a Mama fail, However he has forgiven me. He can still use his tablet which I will sticky back plastic until I can replace it, and he absolutely bombarded me with the Silly string that was left.

The first day of the year has been pretty great apart from the tablet catastrophe. Andy’s uncle visited, his brother and his friends visited and played some FIFA whilst I was out with the boys and so we seen them for a short while. Dinner was delicious, I feel so lucky to be part of such a great team!

How has your 1st Day of January been?