So this is some information I haven’t shared in my household, mainly because I don’t think I could bare with the constant nagging with wanting to see it, but I am sharing it will you lot because, well, I promised ages ago! Sowwieee!! Here is the big news! 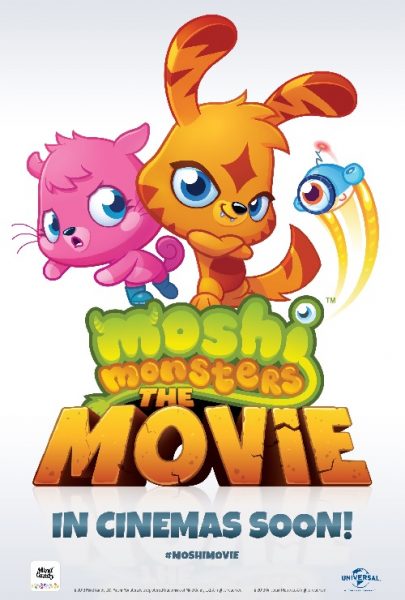 Taking the leap from the small screen to the big screen, the global kids’ phenomenon is getting ready for its theatrical debut in the UK and Ireland this December. The animated feature will see the six lead monsters travel across the weird and wonderful world of Moshi on a fun-filled, roar-some adventure. The film will see the monsters in a race against time to collect the ransom for an ancient and extremely rare Moshling egg, which has been stolen by the evil Dr Strangeglove. With famous characters Katsuma and Poppet at the helm, the monsters learn that both Monsters and Moshlings can overcome big odds, when they stand together.

“We’re excited to launch the first ever Moshi Monsters movie,” said Michael Acton Smith, CEO and creator of Moshi Monsters. “This is our first foray into movies and Universal brings the expertise needed to ensure the best possible success. We can’t wait for Moshi to hit the big screen!”

With over 80 million registered users to date, it’s no surprise the wonderful world of Moshi Monsters is taking the leap in to movies, after occupying the entertainment franchise with best-selling toys, books, video games and the best selling monthly kids’ magazine in the UK. The animated feature, which is currently in production, is produced by the Moshi creators, Mind Candy.

Moshi Monsters™ The Movie will be in cinemas December 20.